It’s my last Thursday in the office before running off on holidays for two weeks. Things have been pretty quiet in the Land Down Under, since Melbourne managed to quash its outbreak with a 112-day lockdown. The Aussies don’t mess around when it comes to public health. So when two new covid cases crop up in the Northern Beaches suburb of Sydney, they make headlines immediately. 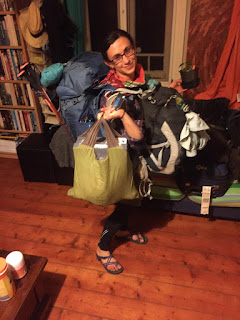 Friday begins with a 40-minute walk laden with a big pack on my back, a daypack on the front, and a couple of canvas bags with hiking boots I need to return, half a cauliflower, and a hungarian chili plant. While news continues to trickle in, the number of cases in Sydney growing to 28, I attempt productivity. My train leaves for Sydney at 5pm. We are heading to Tasmania for a grand adventure on Sunday. But by the time I make it to G’s house, other States have already banned anyone from the Northern Beaches from crossing their borders.

Now, the infected suburbs are not particularly close to the central part of Sydney, but I still mask up as I bravely enter a crowded shopping centre to return the shoes. Hardly anyone has a mask on, but until two days ago, there had been no COVID-19 cases in the community. Saturday ticks along at a leisurely pace, with a bit of packing and prep. And then it happens. Tasmania announces a mandatory two-week quarantine for anyone traveling from the Greater Sydney Region … in effect midnight. We’re supposed to be flying in less than 24 hours. The next few hours are a blur. Should we cancel? Should we quarantine? Why won’t the airline website let us cancel? All the trains back to Canberra are booked out for tomorrow? Did we eat dinner yet?

Sunday morning sourdough blueberry pancakes and virtual coffee club with friends overseas feels normal, relaxed. It’s early, but we have a plan. We’ll head back to Canberra on the first train on Monday morning, and work while waiting out the two weeks before being able to travel to Tasmania. Easy. I’m already packed. Too easy. We head out for an early evening cycle to the beach, just to breathe in the sea spray before heading inland once again. The calm of the little bay. The playful splashing and swimming. Ding. Hey Rachel, A friend just told me that ACT is closing the border to Greater Sydney, at midnight tonight … apparently hotel quarantine, even for residents. Shoot. It’s already 7pm, a 3 ½ hour drive to Canberra, and we have no car. Do we try to hire a car? Not likely. Can we get the bus back tonight? Too late. Should we take the train tomorrow and just quarantine? Assuming the train still crosses the border… Should we stay in Sydney? What if there is another lockdown? For how long? Can we borrow a car?

Two hours later I’m driving back to the house from a friend’s. It’s the first time in over a year I’ve driven an automatic. It feels funny. Smooth. Too easy. We throw everything in the car. We can make it back by 1am. That should be OK, right? Who will be at the border at the strike of midnight? Did we eat dinner? No. It takes a solid hour to emerge from the dancing lights of the metropolitan area, my glasses doing no favours responding to the lights. Then it’s smooth, monotonous, Simon-and-Garfunkel-filled driving back into the desolate capital city. We roll in bleary-eyed. Breathe out.

That weekend felt like a microcosm of the ups-and-downs year. While Australia has remained pretty far out of the pandemic fray, it is in no small part because of this decisive, yet abrupt action (and a generally willing population). I’ve had friends in the US argue that they have more cases in one hospital than all of Australia. Yet this has been paid for with long and stringent lockdowns, the emotional roller coaster of knowing a border could shut at any moment, and the uncertainty of when we’ll be able to leave the island to see family. 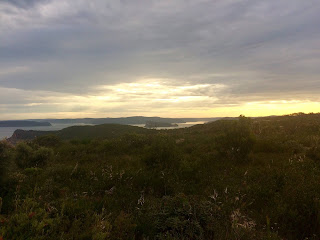 2020 has been mentally and emotionally exhausting for everyone. It seems like a lifetime ago that we sat on the eve of the new year and decade. At the time, a raging fire season was the peak of our worries. But pandemic woes have overshadowed most everything else in 2020, including our environmental consciousness (though, perhaps exacerbated any election year stress). For one, the Trump administration has capitalised on the distraction to accelerate environmental deregulation, plow on with an ecologically damaging border wall, and open up protected federal lands to drilling and mining. Unsurprisingly, this year will see an uptick in waste generation - from just over a billion tests worldwide, countless masks and materials for PPE, packaging from online shopping, and the shift to take-away meals and drinks. That paper also mentions the potential negatives of constant sanitiser and disinfectant use on ecological communities! On the positive side, researchers are finding that reduced travel has potentially contributed to improvements in air pollution and water quality around the world. And, it has raised a bit of awareness that biodiversity loss can lead to the rise of zoonotic diseases … now we just to do something about it!!

So to end this long post, for this long year, I just want to acknowledge that it has been challenging no matter where you are in the world. But there have been bright spots*, and it’s important to keep those in sight! Here’s looking to a more sane, less eventful, and restorative 2021. Happy New Year!

Take a peek at the preceding decade:

Another Decade, Another Degree - 2015

* Did I mention I finished my last (fingers-crossed) bit of higher education, and received my PhD this year?