Not Your Grandpa's Planet 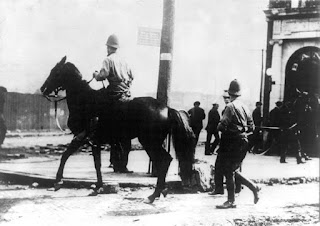 Wow, this post has taken a long time to go live. In part, it’s because I’ve felt a bit paralysed by how much has happened and changed in the intervening 18 months. I started writing this musing back in February 2019. My grandfather would have turned 100 at the end of that month. And it was hard to wrap my head around - how different life was a century ago and the change he must have seen during his 95 years. In 1919, the world’s population was hovering around 1.9 billion people, much of the world had just finished the “War to End all Wars” and formed the precursor to the United Nations (the League of Nations), the 19th Amendment that legalised women’s right to vote was ratified by the US congress (and went into effect in 1920), and the first transAtlantic flight was made. But times have changed. We now have 7.7 billion people occupying a globalised planet, with technological advances previously only dreamed about in science fiction.

But perhaps the adjustments my grandfather would have had to make during his 95 years are actually not quite as astounding as the anticipated ones for my generation. While the world was a very different place 100 years ago, how quickly those shifts are happening seems to have increased. Change is a natural progression over time, with both positive and negative aspects. So while examining the changes occurring around us can be interesting, perhaps a more informative barometer in society are the rates at which these changes are taking place. The rate - in this case, some measure of the scale of change over a set period of time - gives a sense of how the changes we're experiencing in the here-and-now compare to those say 50 or 100 years ago. It is also useful when thinking about how people respond and adapt. 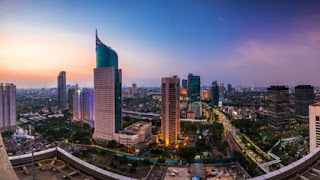 While I’d like to say entering a new decade in 2020 prompted this post, rate of change is actually something I started thinking about while in Indonesia. The shiny new subway system in Jakarta was set to open a month later, and I was astounded by how much development had occurred in the city over the past couple of years. Going back home to Seattle only reinforced these thoughts, as the city has been undergoing rapid development in the last half decade, with increasing wealth and population driven to the region. We see this around the world, with completely new cities being built and existing ones reaching scales never before experienced in human history.

But it’s not just about the rate of development. In fact, one might argue that pales in comparison to the impacts of rapid progress of technology and subsequent impacts on society, the economy, and the environment. The phenomenon, the “Law of Accelerating Returns”, refers to exponential advances in technology, completely reshaping the world as we know it, and suggests it may be difficult to even imagine where we will be in 100 years. I think Tim Urban in an article on ‘Wait, but Why?’ about artificial intelligence (AI) articulates the issue well. He muses that “while 1500 and 1750 were very different, they were much less different than 1750 to 2015. The 1500 guy would learn some mind-bending shit about space and physics, he’d be impressed with how committed Europe turned out to be with that new imperialism fad, and he’d have to do some major revisions of his world map conception.” But to see the same extent of change as between 1750 and 2015, he might have to go “all the way back to about 12,000 BC, before the First Agricultural Revolution gave rise to the first cities and to the concept of civilization”. 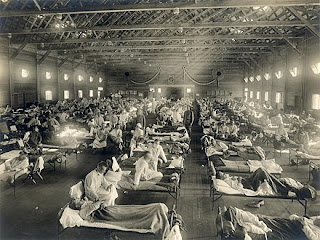 Finally, it’s worth noting that one-hundred years ago, the world was just emerging from a global pandemic (H1N1 influenza strain), which killed around 50 million people and infected a third of the world’s population. While in some ways it seems like we haven’t come very far - COVID-19 is still raging a year in, politics and misinformation also counter productive efforts, and scientists race to find a “cure” - there are some key differences that make today an entirely different beast, largely due to technology. Social media, virtual communication tools, and widely accessible internet resources mean that we’re more connected than ever, in isolation. But it has also opened the door for an unprecedented reliance on technologies that are advancing at warp speed (check out The Social Dilemma).
Sometimes I wonder, as we absorb such massive changes so quickly, what are the long-term consequences? Are such enormous shifts desirable? And if not, what can be done to slow things down? While it may be that only time can tell, it may be necessary that we may not have that time.
Posted by Rachel at 6:18 AM