Dare to Bake: My Free Time and the Epic Fail 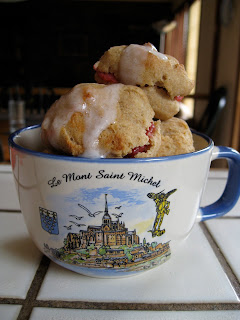 I guess one does not appreciate free time until it is in short supply. Between working 30 hours (that is if I ever finished my shift on time) at WF from Friday to Monday, doing my farm-share on Tuesday, and filling the void of employees at my father's company on Wednesday, I feel as though I've almost forgot the meaning of a "weekend."
Not that I am making excuses or anything. Just attempting to explain the deviation from my usually prompt, well-thought-out, Daring Bakers post, and this month's last minute effort to try the Challenge. That would be the Epic Fail part of my post title. While I started out ahead, looking up recipes for vegan pate a choux and/or cream puffs almost immediately upon the announcement of May's challenge, I did not attempt to bake anything until this morning. And, yes, despite devoting the majority of my working hours dealing with food in some form, I still want to play around in the kitchen on my day off.
So on to the challenge. The May 2010 Daring Bakers’ challenge was hosted by Cat of Little Miss Cupcake. Cat challenged everyone to make a piece montée, or croquembouche, based on recipes from Peter Kump’s Baking School in Manhattan and Nick Malgieri. 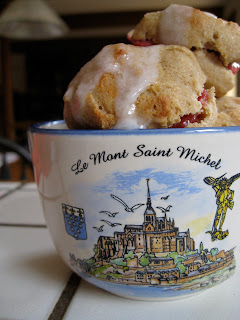 I consulted several vegan recipes for the pastry before trying my hand, but I should have been wary when I saw statements like "pull out gooey" centers. Needless to say, mine did not turn out well. I filled them with strawberry rhubarb compote and drizzled some coconut milk syrup on top, but they just fell short.
There was no puff in the pastry; the coconut pastry cream preferred the life of a creme anglaise; and my rhubarb compote had a bit too tart of an attitude. I'm not even going to bother posting a recipe. Maybe if I cared more for cream puffs, or at least the idea of them, I would take this as my cue to start a quest for the Holy Grail of vegan cream puffs. But I don't, so I won't.

Sorry kids, for any disappointment in this post. I have to say, today has not been terribly uplifting ... but never fear! Coming up in the following posts: a twist on classic carrot cake, farmin' this week's produce, and why Nestle's new commitment has not won me over.
Posted by Rachel at 4:07 PM