"Soil is not just dirt" - words to live by - was one of the opening statements during Craig Sams' (founder of Green & Blacks chocolate) presentation at Food Matters Live a few weeks back. Where I had expected insight into growing a chocolate company, I instead was being treated to a lesson in soil science. And soil carbon sequestration was on the menu. 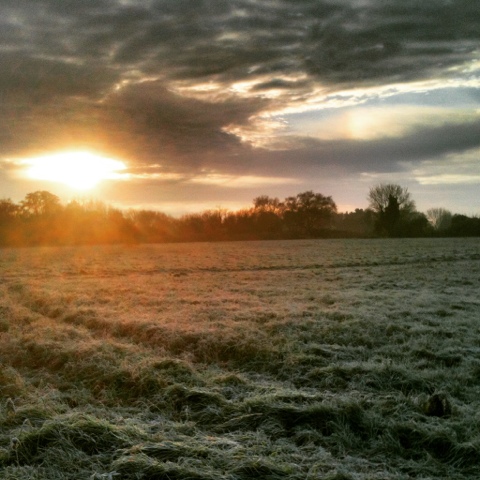 Considering we are drawing the International Year of Soils to a close (with yesterday celebrating the third World Soil Day) and in the midst of the UN climate negotiations in Paris, this seems like a pretty timely topic. Sams began by referring to the Dust Bowl as a period of major soil loss in American history, largely due to intensive cultivation and over-grazing by prairie homesteaders. Even at that time the importance of cultivating soil health was recognized, and the devastation of the 1930's spurred the beginnings of the soil conservation movement. Yet, humans have short-lived memories and quickly found uses for the nitrogen fixation technique developed for World War II explosives - synthetic fertilizers. While not inherently harmfull, the reliance solely on external inputs most often replaces ecological methods like adding compost rather than complementing them (like only taking vitamins and not eating fruits and veggies...).

What's in the soil that's so important? Complex soil ecosystems are colourful places; there are symbioses between roots and funghi - Mycorrhizae - that extend a plant's reach to mine the soil for nutrients. Micro-organisms serve as natural pesticides and antibiotics. Organic matter and critters like worms and ants create structure in the soil for water and air pockets. But much of this disappears under heavy chemical use and practices that compact the soil, including the ability to sequester carbon (yes, soil mitigates climate change).

I remember a few years back, sitting in a room with a bunch of soil scientists, hearing for the first time about peak soil (not to be confused with peak oil). This was a disturbing concept, because our very ability to feed a planet full of people rests on this vital resource (and has done so for 10 milennia). And we're squandering it. Yes, this week and next the environmental world may have its eyes affixed to Paris and the climate negotiations taking place there. But climate change is just an added layer to environmental challenges we've known about and struggled with for ages. As Emmanuel Faber, CEO of Danone, reminded us during the Global Landscapes Forum plenary, soil is the basis of food and carbon is a nice integrated measure to assess how well we're doing in that space.
So enough of my soabox musings. Soil, though obviously important than coco, is bigger than the chocolate that started this post.

Related Posts:
It's All About That Soil
Can Biodiversity and Development Ever Get Along?
Posted by Rachel at 8:53 AM