Growing a Triple Bottom Line in the Madland 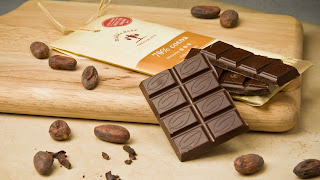 Chocolate we find in the States is generally produced here or in Europe from beans grown in the tropics, but rarely is the bar manufactured from start to finish in the country of cacao origin. Madécasse is one of the trailblazing chocolate companies that completes the entire chocolate-making process in a single country - Madagascar. Over a year ago, the company made an appearance on my blog during a sustainable chocolate 101. Only a couple of weeks ago, I had the pleasure of speaking to one of the co-founders of the company, Brett Beach, about the story behind the chocolate. Here's the scoop:

During their time as Peace Corps volunteers in Madagascar, founders Tim and Brett formed a strong relationship with the people with whom they interacted and the island on which they lived. Madécasse was formed in an effort to stay connected to a country that now felt like home. They entered the venture aiming to be as involved as possible in the local communities and support local economies within the country. Through a fortuitous turn of events, they made their way into the world of cacao and vanilla.

Why choose a bean-to-bar operation?

Many of the poorest countries in the world are found in the tropics. It's almost dumbfounding that a region so wealthy in natural resources houses so much poverty. Part of the reason is bad management, part of it is corruption. But mostly they don't do much along the rest of the value chain, just produce raw materials and not value-added products. A bean-to-bar operation presented the opportunity to be more involved with people in Madagascar and achieve one goal of retaining value within the country. It is qualitatively different from most other chocolate companies, even those that are fair trade. You work with a lot more people, all along the supply chain and not just the farmers. About 80% of the value in the chocolate comes from the labour involved in production and packaging, other ingredients like sugar, and marketing. Supporting the farmers is great, but it will only ever be about the cocoa itself; that captures only a small portion of the value.

What factors did you consider in the choice of your current source of cacao?

The cacao-producing region of Madagascar is found in the northwest of the island, in the Ambanja region. Farmers were selected based on their motivation, interest in working with the company, and the capacity to produce cocoa.

How has Madécasse considered the long-term social, environmental, and/or economic viability of the venture? (i.e. fair trade designation or equivalent, etc.)

At the farm level it is very similar to fair trade, but the farmers get paid more for their product. In Madagascar, the majority (around 80%) of cocoa comes from independent farms and not plantations. However, most of these farmers don't "cure" their cacao. Financing equipment to properly ferment and dry the cacao beans increased the quality of the cocoa, which is already some of the finest in the world. With this improved quality and community cooperative element, farmers can earn 1.4 times the income as in fair trade. We take it beyond fair trade after the farm – in the chocolate factory, assembling wrappers by hand, etc. – and realize at least four times the value of fair trade.

What is the most rewarding aspect of working so closely with a community?

To be honest, I think seeing how you can affect change on a small scale is the most fulfilling. It is also exciting how enthusiastic people buying the chocolate are about a project like this. We work with about 45 farmers in Madagascar, and it makes a huge difference in their lives. I love the cocoa farm and even the chocolate factory. The most important part is linking these two to consumers. We are lucky enough to be connected to both worlds – to be able to link a chocolate lover, the farmer, and the people in between. When you live in an industrialized nation and then live or work abroad, that perspective really provides an opportunity to make a big impact.

What are the biggest challenges of running a responsible chocolate company?

Two major challenges: we just started this purely on passion, no industry experience. Sometimes gaining that experience presents cruel lessons to learn. Moreover, operating on the same shelves as some of the massive companies, such as Hershey's and Mars, is difficult. We have had to quickly learn the ins and outs of the industry.

On the production side are the logistics involved in producing, transporting, and selling the chocolate bars. The time difference between Madagascar and our offices in San Francisco and Brooklyn make this more difficult. Not to mention just getting the chocolate to market in good shape - even more so because we are operating in a country half a world away.

Where do you see the company headed? Any exciting upcoming developments?

New bars! We just launched the pink pepper and citrus bar and exotic pepper bar. We are also planning on attaining a formal certification at the farm level, something like Rainforest Alliance, fair trade, or Fair for Life. At the same time, we are also increasing the volume of production, starting to work with more cocoa farmers.

Finally, which is your favourite chocolate bar?

Three depending on my mood. 70% is more of a serious dark chocolate bar, a little fruitier. For a creamier, richer flavour, the 63% is my choice. And for just an all- around fun bar, sea salt and nibs is it.

Thank you Brett for a fantastic conversation. Learn more about the company by visiting Madécasse at their website and on Facebook, and get your hands on a bar of this fantastic chocolate (my favourite is either the 67% or 70%...depending on my mood).

Learn more about chocolate in Madagascar. 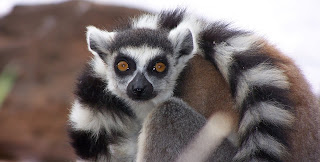 Email ThisBlogThis!Share to TwitterShare to FacebookShare to Pinterest
Labels: chocolate, chocolate with a soul, Environment, sustainability