Dare to Bake … or rather, Steam!

Wow, does time fly! It is already the end of April, and time for another Daring Baker's Challenge to come to a close.

Let us preface this post by saying that I’m a bit of an Anglophile. I fantasize about Jane Austen’s English country-side; British (well, the slew of UK and English-influenced) accents make me melt; And, words like ‘lovely’, ‘rubbish’, and ‘cheers’ seem to work their way into my vocabulary. But I never felt particularly drawn to classic British cuisine – it always seemed too meaty and fatty.

Well, who knew that this period of my life was about to come to a close? The April 2010 Daring Bakers’ challenge was hosted by Esther of The Lilac Kitchen. She challenged everyone to make a traditional British pudding using, if possible, a very traditional British ingredient: suet.

First of all, what is suet? It is a “hard, flaky fat” from cows or sheep that is not going to make an appearance on my blog. While I applaud the use of every part of the animal if you are going to make the choice to consumer meat, I think I will stick with my vegan version.

Ok, ok, let’s talk pudding, instead. No, I did not make a creamy dish of the Jello-style chocolateness that more appropriately goes by the name of custard. In England, pudding generally refers to desserts, in addition to any dish cooked in a pudding bowl or pudding cloth and steamed or boiled (but sometimes baked). This boat I’ll jump on; I have been dying to try a steamed cake for a while now! That said, I may have gone a bit steam crazy… 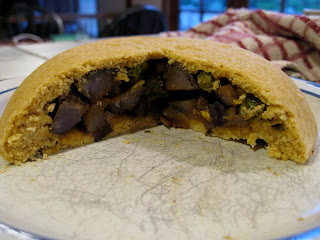 The first and my favorite was a savory (*gasp*) pudding with Indian influences and a protein-filled crust. All of my recipes serve two (portion control...so that I don't become a chubby little blogger), but can pretty easily be scaled up!

¼ tsp curry powder (with turmeric and cumin in it)

water as needed (left over from boiling potatoes)

1. Mix crust ingredients together until all ingredients are incorporated and the dough easily forms a ball. Stick in the refrigerator while you make the filling.

2. Boil some water and add potato. Cook until JUST fork-tender.

3. Meanwhile, heat oil in a skillet over medium heat. Add mustards seeds and fry until they start to 'pop'. Add onions. Cook until translucent. Add garlic, potato, and peas. After a few minutes add curry powder, tomato paste, and a little bit of water from the potatoes to lubricate. Turn off heat.

4. Take out your crust. Chop off about 1/3 of the dough. Roll each into a circle, one that will cover the bowl you are using to steam (mine was the smallest size glass mixing bowl), and the other to fit on top. Place first circle in the bowl. Dump in your filling. Place second circle on top and seal the edges.

5. Ok, I don't feel like explaining the actual steaming process, so I will defer to this explanation to get you started! Sound good? Mine took an absurdly short period of time to cook, so just be flexible... 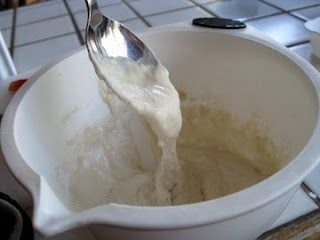 My starter has been feeling neglected lately! Here it is after a couple days of pampering out of the refrigerator. Mine is a little less that 100% saturation (50/50 water/flour)

Zest of one orange

1. Mix starter and water until well combined. Add other liquid ingredients, zest, and sugar. Combine dry ingredients and then mix well (but not too much) with the wet.

2. The last three ingredients are for the topping. Mix those together and then fill the bottom of two greased ramekins. Evenly distribute the batter. Then steam! 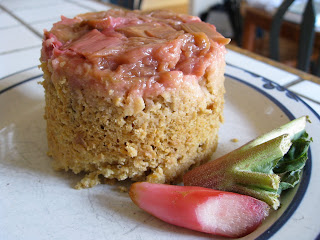 1. Combine all ingredients except the "baking mix" and chocolate shavings. Try to make sure the cocoa powder is well incorporated.

2. Add dry ingredients. Mix in the chocolate shavings - or you can put 5oz in the center of each pudding (fill half batter, add chocolate, cover with second half batter). 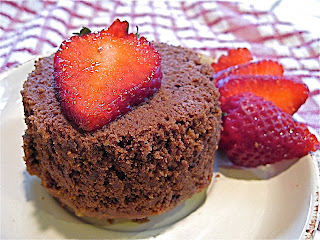 If anything, this challenge has converted me to a steamer. This method locks in the moisture, creating a decadently lush cake to dig your fork into. While it doesn’t create the lovely crust that baking does – and for that reason, brownies will always be baked – it can yield a gooey center and puddingy goodness. Plus, it is just so hard to screw up!

Mmm these look so good!