Fasting for the Anthropocene

Around this time every year, millions of Jewish people shun food, from sundown to sundown. We don't eat or drink for those 24 hours in order to bring attention away from our physical beings and focus instead on repenting for the year's transgressions and seeking forgiveness from those we've wronged. Religious or not, I think we can all agree that a time for introspection and self-reflection is important. But while we fast from food on this day, there are other fasts we could undertake that are arguably more impactful, larger scale, and longer-lived. In 2009, some scientists got together and said, you know, Earth probably has some limits in terms of safe operating space for humans (...we are a bit anthropoocentric). These 'Planetary Boundaries' consisted of biological and physical aspects of the Earth, such as freshwater, biological diversity, and  atmospheric composition, which underpin its ability to support most life. Within the past couple of years, scientists have broadly agreed that several of these boundaries have been surpassed. We can largely thank widespread agriculture for two of the big ones - loss of genetic diversity and changes in nitrogen and phosphorous cycling -  however, we have a much less complete understanding of things like invasive species and ocean acidification.

Right, so what does that have to do with Yom Kippur? Well, let's just say we have created a problem that could benefit from a bit of fasting. One of the major drivers of reaching and exceeding the planetary limits is the human population's level of consumption. We like 'stuff' and go through heaps of it: Americans trash 11 million tons of clothing annually (and buy 5 times as much as in 1980); Aussies exchange or upgrade their mobiles every 18 months; Brits put 3 billion disposable cups in the rubbish every year. Such consumption patterns can affect land and water systems both directly - through extraction of resources like timber, metals, and oil, to feed demand for this 'stuff' - and indirectly - by throwing away the used and unwanted (...even when there is no away) and polluting with this waste. They also have embedded impacts related to production, ranging from water and energy use to human rights infractions and labour conditions. 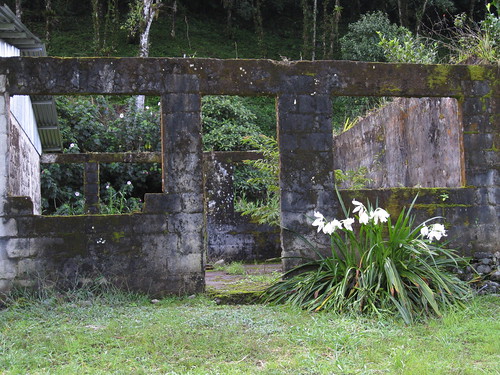 Now is maybe a good time to note that the need to reduce humanity's level of consumption is not a new idea. Meadows & co addressed this issue back in their 1972 Limits to Growth, though the sheer quantity and ephemerality of consumables today would probably have been difficult to fathom back then. So recognizing the problem is not the tricky part - perhaps a 'fast' is a bit extreme, but humanity definitely needs to go on a bit of a diet. Yet coming up with feasible, effective, and equitable solutions is by no means easy, and is rife with challenges of feasibility and ethicality.

One school of thought finds fault in the very nature of our growth driven economy, arguing the impossibility of a 'Green Growth' model that sees only an upward trajectory, contingent on consumption as a primary measure of success. Ultimately, we may just we have to choose: we either keep buying in to the system in order to grow our economy or live more simply to ensure our future existence. Sounds bleak. While this may seem austere, the principles are very practical and social. Proponents of the degrowth model support reaching for 'sufficiency' not simply 'efficiency'. This means repurposing existing infrastructure, buying second-hand, growing a "sharing economy", cultivating edible yards, and re-considering what makes us happy (I'm also partial to the tiny house phenomenon...). Nothing short of a revolution, that will ultimately involve changing the way our communities are designed and the laws and regulations in place. But many of these principles are already in practice at a small scale, and as individuals we can continue to take baby steps, and make more mindful choices as consumers.

For those observing, have a safe, meaningful, and perhaps thought-provoking fast. For all of us, year-round, let's collectively move toward fasting from the unnecessary, the disposable, and the wasteful.