Reconciling People and Nature: A Week of Photos

A friend set me a challenge: post one photo of 'nature' a day, every day for a week. So I rooted through photos from years past and just a few weeks ago, tied the seven images together with a pretty bow of a storyline, and submitted them for gawking purposes on Facebook. It seemed only right, when all was done, to leave them for posterity on the blog.

The challenge was intended to highlight the beauty of the natural world, but I turned it on its head a bit and tried to depict human’s interaction with nature (as you might expect from me). I mean, what is 'natural', anyway? It was also a bit of a world tour in an attempt to represent a different region of the world each day.

We’ll start in the Cascadian Region of North America. The contrasting values in this scene in a Vancouver, British Columbia bay struck me when I visited last May - with paddle boarders and sailors enjoying the peacefulness of a spring evening against the backdrop of shipping vessels and tankers. 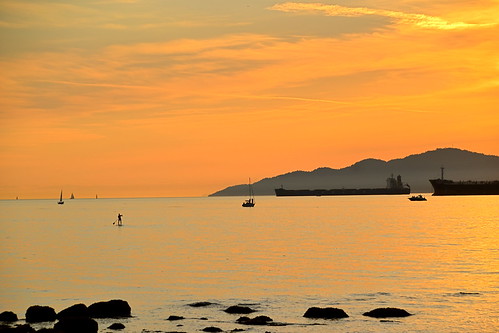 Keeping with the theme of people and nature, we travel up and over the Arctic to the island of Ice and Fire. It just astounds me that people have lived in these harsh conditions for hundreds of years, with essentially no trees (and thus no wood) and frigid temperatures. Yet here we see a farm (!) snuggled in close to a volcanic crater along the south coast of the island.

This one was hard, because I seem to have a disproportionate number of photos from Europe. These vibrant leaves along a country road show up much better when contrasted to a gray drizzle. On a rainy autumn day, Katty Glover and I embarked on a muddy meander to the White Horse of Uffington in Oxfordshire, UK. Like many landscapes in the British Isles, this one had signs of human occupation dating back thousands of years, and culture probably shapes the notions of ‘natural’ more than any pristine baseline. 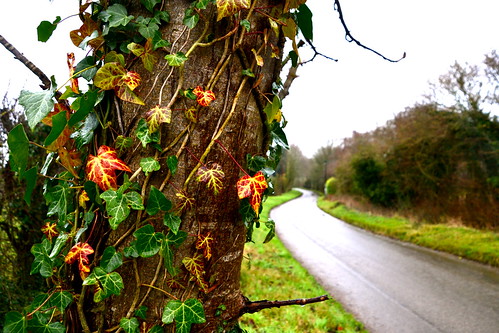 (Close second was taken in North Berwick, Scotland on my moderately successful attempt to see a puffin https://flic.kr/p/wT1QQi)

Moving from temperate to tropical, we make our way to Southeast Asia. The ancient temples encountered on my trip in Thailand and Cambodia, spoke to the ephemeral nature of our societies, despite our modern concrete jungles appearing very much to the contrary. This Buddha head is found entwined in the roots of a banyan tree in Ayuthaya, Thailand. Given time, ‘Nature’ will take back what was hers 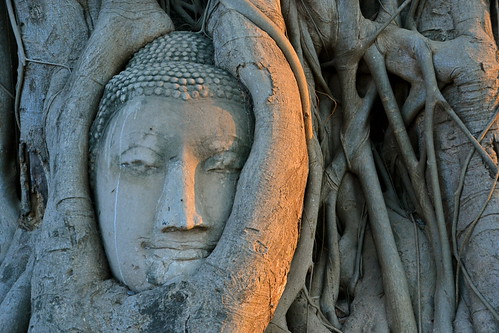 (Close second for Asia was at Angkor, Cambodia: https://flic.kr/p/FfG3xU)
We make our way across the Indian Ocean to the fourth largest island in the world, off the eastern coast of Africa. For a 20-year-old on her first solo fieldtrip (i.e. me in 2007), Madagascar was a bit overwhelming. The wildlife and landscapes were amazing (and I still have photos of lemurs adorning various walls), but observing the dependency of the local people on natural resources had a more profound and longer-lasting impact on my values and career path. This photo is from Mananjary, a coastal town in east, where fishing is the primary livelihood. 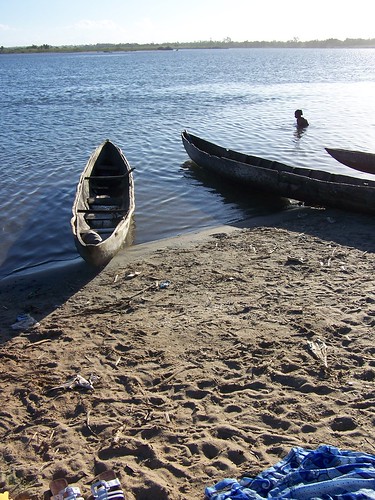 Back to the Americas, we take a quick jaunt to Costa Rica. The country is the poster child for ecotourism, a shift from the 1990’s that has helped rehabilitate the extensive forests. We passed this small montane humid forest settlement in Orosi on the way to the west coast. 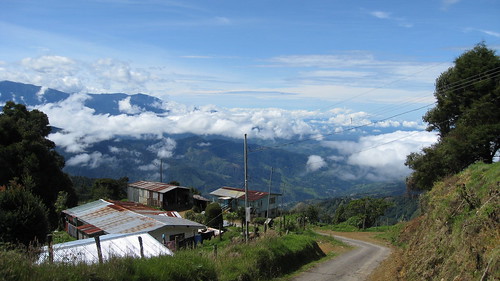 Ending where I am now, this final photo is from a recent Australian excursion. This is taken from Lamington National Park, looking out across an extensive production landscape. Much of Queensland’s diverse forested areas - running the gamut from open woodlands and sclerophyll forests to both temperate and tropical rainforest - have been converted to crop agriculture and livestock pasture. 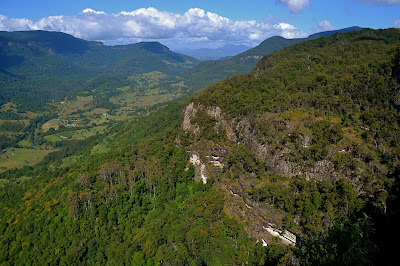