Bad Accounting: Who Pays for Our Food? 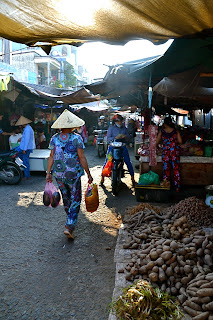 Do you ever wander into the produce section of the grocery store, take one look at that pretty ordinary looking head of organic lettuce, and wonder why on earth it is so much more expensive than the one two shelves over? To me, it's both fascinating and horrifying that buying food grown without the use of pesticides and synthetic fertilizers has become a luxury (when it was merely the norm 60 or 70 years ago). The fact of the matter is the industrially produced lettuce costs just as much, if not more; the details are in who ends up paying.

Before we get too deep in an environmental economics discussion, I just would like to reiterate a few points about organic agriculture. In the spirit of organic agriculture, the health of the soil biome is paramount; in practice, the ag-industry has largely found organic substitutes for conventional chemical inputs, making soil management seemingly less important. Further, the jury is still out, and no evidence has conclusively shown organic produce to be nutritionally superior to conventional produce. Finally, merely lowering the price of organics may appear to improve access for lower income individuals, but at the same time is likely negatively impact those growing the crops. OK, caveats aside, so why the hefty bill on my organic shopping? 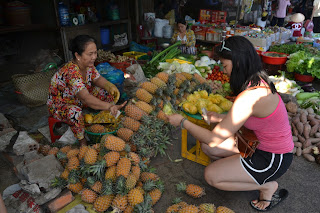 While not always the case, organic fruits and vegetables are usually more expensive (sometimes as much as 2-3 times the price) than conventional. The difference in price between organic and conventional foods is not a new topic in the media, and therefore multiple explanations have surfaced as to why the latter is cheaper. According to the UN Food and Agriculture Organization, it is largely an issue of supply and demand and economies of scale. There are relatively small volumes, so less product to distribute the costs over. This makes sense when you consider that growth in demand for organic products continues to outpace supply in the US, in Australia, and I'm sure elsewhere.

But another explanation points to the unseen costs embedded in our food, but not reflected in the price. These are usually things that the public benefits from - like clean water, breathable air, and a stable climate - but that no one person is responsible for maintaining. A classic example in the US is the seasonal dead zone in the Gulf of Mexico when nutrients applied to fields run-off and filter down through the Mississippi River. This is also a problem here in Australia, where land management practices are held partially responsible for the dire state of the Great Barrier Reef. And while organic production still often adds fertility amendments, soils with high levels of organic matter retain more water and reduce the amount of soil erosion. Multiple studies have also shown that organic agriculture results in lower greenhouse gas emissions, largely from the use of nitrogen fertilizers.

One of the problems is that incentives for farming don't take into account these costs borne by society, and counter-intuitively, detrimental practices are often encouraged through government subsidies (and companies driven by profit). Certain crops, and some of the biggest culprits for environmental damages, get the largest portion of billions of dollars in subsidies. Though there are insurance programs now for organic and diversified farms, the biggest rewards still come from using and abusing the land. Unfortunatey, accounting for these public goods usually takes governments and international bodies to put a value on environmentally damaging practices, and this is often politically unpalatable. So, when it comes down to it, paying that extra bit for organics helps support these resources we all appreciate (but nobody wants to pay for). And the blueberries taste better ;)


Tomorrow is my last day of the week of eating below the poverty line...you still have time to donate!

Email ThisBlogThis!Share to TwitterShare to FacebookShare to Pinterest
Labels: Live Below the Line, organic, sustainability