The Price to Eat 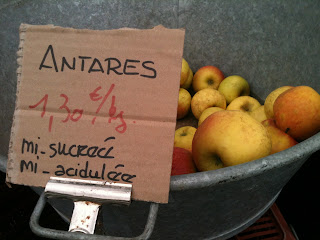 The gurus of healthy and sustainable diets hath taught us to cook from fresh, whole ingredients. In keeping with these wise teachings, I have tried to demonstrate how following such guidelines can also be economical. But there are cases when even living simply and cooking from scratch seem to break the bank. While staying with my sister in her Brooklyn flat, it quickly became clear that I was no longer in Kansas (or even Oxford). Grocery shopping can incite some serious sticker shock in one of the most expensive cities in the world. Few of my usual go-tos - dried lentils and grains, fresh seasonal veg - were in a price range I'd feel comfortable with on an everyday basis.

This is worth exploring a little, because it's not as simple as "food costs a lot". First of all, New York City is legitimately a more expensive place to live than the average US city. Cost of living generally is almost 70% higher than the national average and as much as 200% in the centre of the city. Food specifically is between 28-39% higher depending again on where in NYC.

But what we're interested in is relativity (no, not Einstein's theory). Of course, cost of living is context specific and relative to earnings, which is why London salaries are often weighted higher, for example. Americans spend a lower percentage of their incomes on food than any other country in the world. And interestingly, New Yorkers spent only 11.6% of their budgets in 2013-14 versus a US average of 12.8%. Sure, housing is through the roof, but buying food is surprisingly not significantly higher - relatively speaking - than the rest of the country. It's a difference between discussing absolute costs and purchasing power. For example, going to stay in Thailand with Oxford prices as my baseline would seem like quite a bargain, but people living in the country onThai  salaries would find the prices normal and Oxford's unattainable.

So what ends up being the reasonable daily bread for an outside in the Big Apple? The sis said often eating out would only be marginally more expensive (if at all) than buying groceries. Even that assessment takes for granted access to cooking facilities (which not all housing comes equipped with), the ability to afford gas and/or electric, and the time to spend preparing meals - costs that never seem to be included in food expenditures.

That said, where there's a will there's a way. A short stop at Trader Joe's set me up for a week of tasty soup (or freeze half for later). It's also possible to make this delectable dish in the microwave, for those without time or hob facilities. 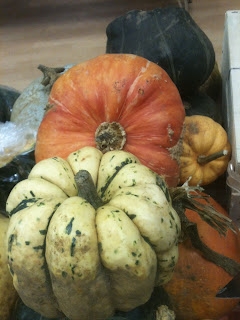 Staples:
Salt and pepper to taste
Garlic (a few shakes or 2 cloves minced)
Olive oil (a splash to sautée onions, or a bit of water if you're out)
1 tbs smoked paprika

Hob Instructions
1. Heat oil or a little water in a large pot, sautée onions until translucent.
2. Add water and bring to boil. Throw in lentils, squash, and garlic, cooking covered until lentils are soft and squash fork tender.
3. Add spinach and spice, covering just until spinach wilts. Turn off heat and purée with an immersion blender.

Microwave Instructions
1. Soak lentils overnight.
2. Microwave with water on high for 8 minutes. Add onions, garlic, and squash, microwaving another 4 minutes. Heat a final 2 minutes with spinach.
3. Mix in salt, pepper, and paprika (and garlic if using powdered). Puree the whole thing with an immersion blender or use a potato masher/fork to get it creamy.
Posted by Rachel at 10:51 AM

Email ThisBlogThis!Share to TwitterShare to FacebookShare to Pinterest
Labels: Live Below the Line