Baking Back in Time

I've been spending a lot of time with flour lately. Between a bread-baking class, a sourdough starter standoff, and the Victorian Bakers on BBC, you might be surprised to hear I haven't yet developed a gluten intolerance. Something about making bread by hand is very satisfying, but also makes you realize just how much modern technology changed our relation to bread. 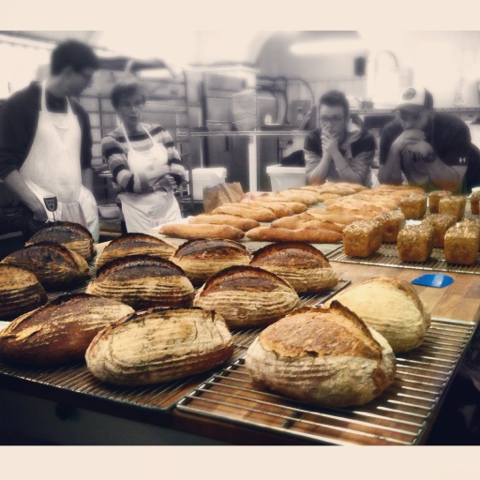 Episode one of Victorian Bakers saw the four professional boulangiers in a country village bakery, using primarily wild yeast, hand kneading, and long proofing times. Funnily, this labour and time intensive process is back en vogue with artisan bakeries. The overnight or multi-day ferments are highly prized (and the flavour is usually worth it), as is the rustic and slightly whole grainy appearance. I've come to enjoy this process immensely - the planning, the perfecting of hydration levels, the stretching and folding of the dough. 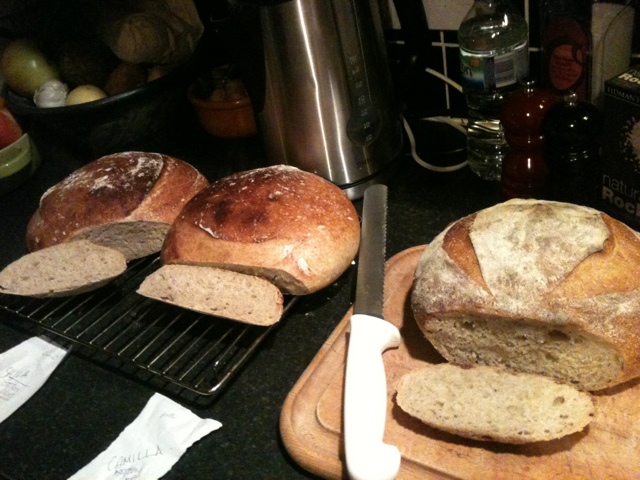 But by episode two, we had moved to an urban setting ... And witnessed the growing pains in the baking professions from rapid industrialization. This was the age of 'dough conditioners' and additives. Chalk to whiten the loaves as pearly pain became a sign of social standing. Bulking agents of questionable health safety helped to cut costs. And of course copious amounts of ash from coal fires and sweat from backbreaking kneading. Bread was a staple bordering on inedible. Yet, the cost cutters and substitutions are still prevalent among commercial bread manufacture. Somehow we don't seem to recoil from Wonder-bread or the typical hotdog bun.
Finally, lets talk flour and sugar. Apparently, the grains grown in the UK tend to be lower in gluten than the hard winter wheats of North America. So towards the end of the 19th century when imported flour was introduced in a big way, bakers all of a sudden had an easier time of making consistent and desirable loaves. While I get really excited about the prospect of using interesting heritage varieties of wheat (or even rye), I'll also readily admit that more glutinous flours are considerably easier to work with. The other interesting ingredient development, which surfaced in the final episode, was the expansion of sweet treats in the baking world. This came about as the British colonies allowed for a ready supply of sugar, lowering the cost and making cakes and tarts more widely accessible. For better or worse, this mainstreaming of cake breaks (along with tea, of course) is still a fixture to this day.
Besides an entertaining hybrid of a history documentary and reality tv cooking show, Victorian Bakers proved thought-provoking an reflective on the evolution of our daily bread to this day. 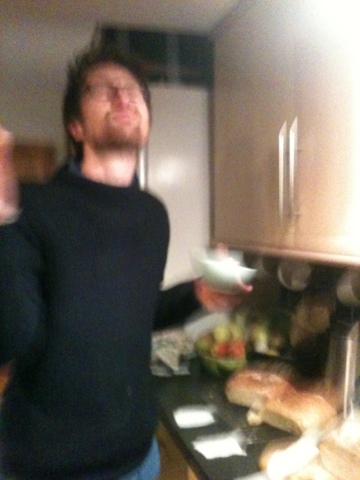 And that's some good-tasty food for thought!
Watch: http://www.bbc.co.uk/iplayer/episode/b06vn7sq/victorian-bakers-episode-1
Posted by Rachel at 11:02 AM