Fifteen Years and 'It's Complicated'

The questions come up a lot. It is a main topic of conversation after meeting someone for the first time. 'How long have you been a vegetarian?' in a tone of mild interest. This is generally followed shortly thereafter by some variant of 'why'.

I don't mind the questions. In fact, they make me constantly revisit and reflect on my dietary decisions. Thanksgiving - the holiday for which 45 million turkeys are destined to sate one country's appetite - achieves the same end. My earliest vegetarian memory dates back fifteen years to my middle-school self celebrating the first meat-free Thanksgiving - a day I now mark as 'the beginning'. Yet it dawned on me last week, as I gathered with friends over a meatless meal, that in the intervening years the rationale for abstaining from meat and subsequently other animal products has become increasingly nuanced and complex. It makes the explanations in conversation trickier, while also making everyday choices more difficult.

So why am I a vegetarian (or rather, vegan at this point), and what makes it so complicated? 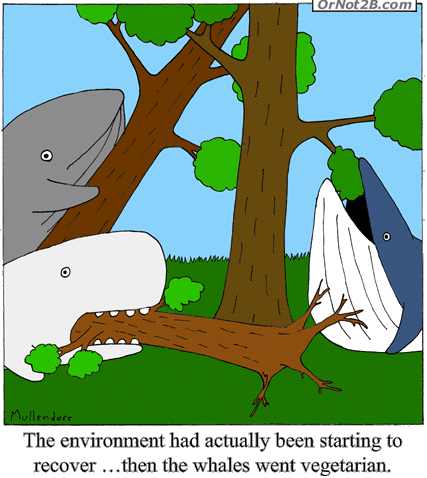 1. If you care about climate change, then you should care about what you eat. Generally speaking, eating no animal products has a lower carbon footprint. Livestock release 15% of the global greenhouse gas emissions, with beef and dairy cows contributing the most (hence vegan, and not just vegetarian). There is strong evidence that reducing meat consumption, especially in developed countries and the big emerging economies, will be necessary in order to have any meaningful impact on our warming planet. If you think about it, it makes sense. In an herbivorous diet, you are simply eating the product of photosynthesis - the conversion of photons (sunlight) into sugars - whereas animal products require intermediaries (the animals...) to convert plant material to calories with associated lost energy along the way.

But, like I said, it's complicated. There are all types of vegans and vegetarians, and if your plant-based diet happens to consists primarily of processed soy (read: tofu), oils (like canola, etc.), and hothouse tomatoes in the winter, not to mention lots of frozen vegetables, you are still running up a pretty hefty carbon bill. This calculator will give you a sense of what's big.

2. Not all places or contexts are the same. It's incredibly important to be respectful of other cultures and ways of living, especially as a stranger in a strange land. When I say that I've followed a vegan diet on-and-off for six years, it is for the very reason that some places my rationale for herbivory just doesn't hold up and insisting upon it could be just downright rude. Particularly in developing countries, in many cases consuming animal products and not just staple grains signifies a special occasion or is a gesture of respect, gratitude, or hospitality. Over the summer, many of the households I visited in Ghana prepared stew for us (usually a groundnut or green), and to refuse would be the pinacle of offensive behaviour. One woman in particular would offer up two perfectly oblong chicken's eggs whenever we came through the community - despite being ill and barely able to provide for her three children. 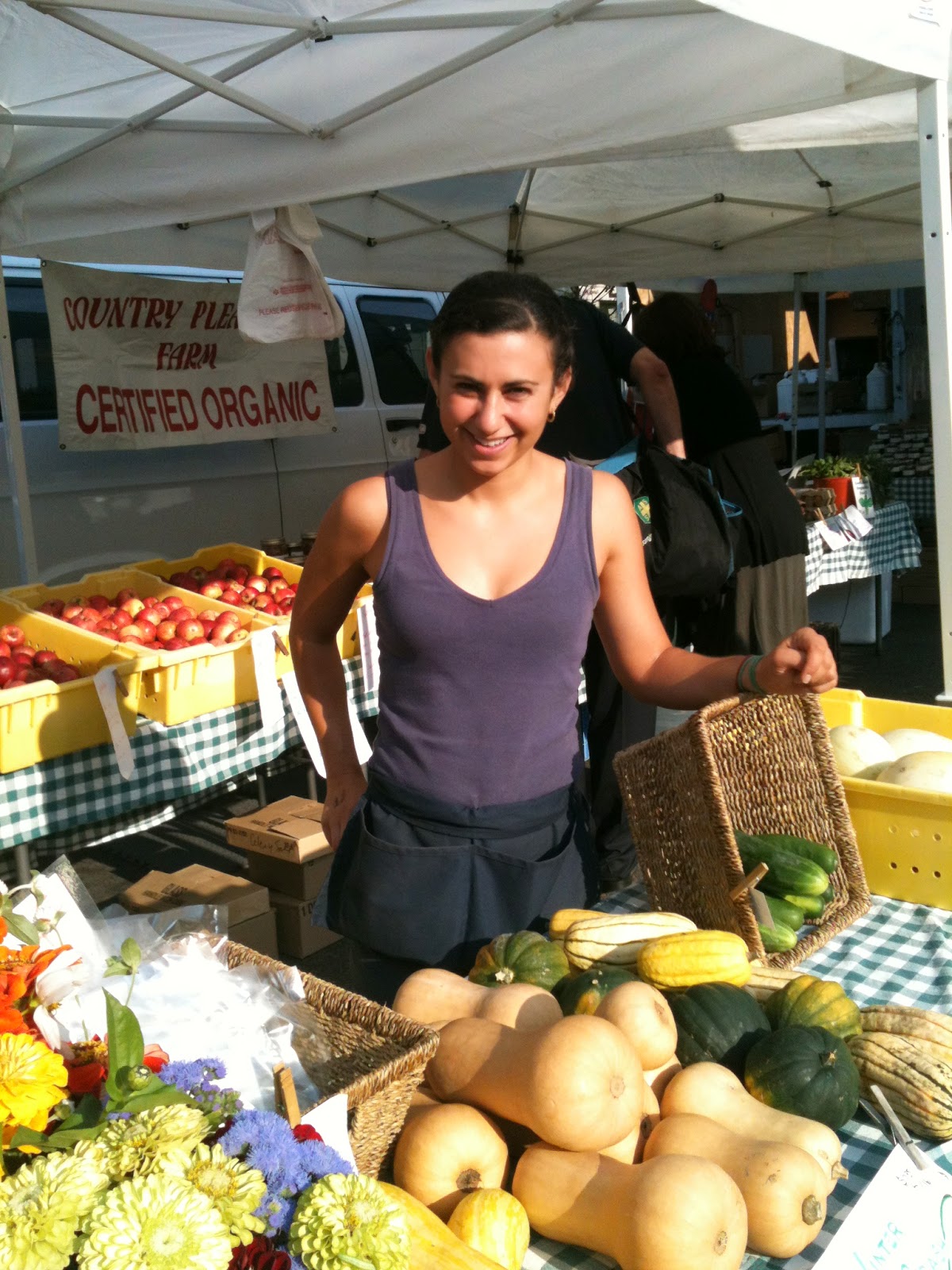 Sure, it is one thing to dictate my own grocery purchases, and align my diet with a certain notion of what I perceive as sustainable and ethical. But coming from a place of priviledge, having the luxury to choose not to eat certain things, I think it wholly unfair to transpose that value system on others when I am a guest in their home (be it house or country). I'm not saying throw in the towel and go carnivore if you happen to find yourself in a remote corner of South America, but be conscious of local customs and propriety and the potential implications of saying 'no' in certain contexts.If the thought of sometimes just not knowing is terrifying, perhaps sticking to these 'safer' countries is a better bet.

3. Ok, ok, enough with the soapbox. But really, at the end of the day, it's about what you care about, your values, your objectives. Figuring out how to make that worldview of eating align with the complex realities of our modern world and food system is difficult at best. Though I would like to consume foods that are healthy for me and the planet, and that come out positive for both 'the environment' and for people in the supply chain, a black-and-white binary decision is often just not possible. I think we all live with those little (and some perhaps not so...) incongruities in our every day choices and underlying values. 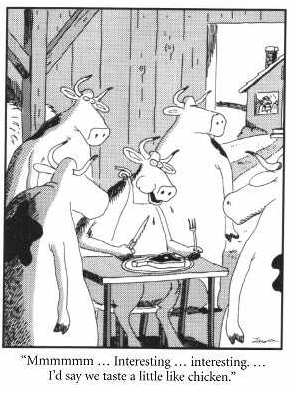 While I don't eat meat, nearly every other week I sell it. One of the farms I work for raises pastured sheep and pigs, which they subsequently bring disassembled to the farmers market. The vast majority of people are not going to turn veg overnight or at all, but those same people can choose to eat meat fewer times per week and buy it from producers that treat animals well and as part of a larger system. Which brings me to the second point here, that domesticated animals and crops co-evolved and the interactions play an important role in closed-loop systems. Sadly, I'm not naive enough to think we will revert to these idyllic (and idealized) systems with chickens running around eating pesty insects and fertilizing vegetable row crops. But it is a direction we should probably veer toward, away from the energy and input intensive, and frankly vulnerable, agricultural production systems that dominate today.

Finally, if ethics are your thing, simply cutting meat from your diet still leaves a wealth of issues to confront. Most recently, there has been quite a stir about demand for quinoa, a favourite veggie 'grain', from western nations and the implications for traditional Bolivian farmers. But think about the child labour scandals, the exploitation and lack of fair wages in many commodity crops systems, the deforestation in the Amazon spurred not just by cattle ranching but also soy and sugarcane, and similar destruction in Indonesia for oil palm plantations. We can each try to live as closely to our principles as possible, but it is vital not to get too caught up in striving for an impossible goal and miss all the joys in food.

So, it is important to note that not all vegans and vegetarians are so for the same reason (though many would consider my "flexivegan" ways as misrepresentation). On this 'vegiversary', if we go back a decade and a half, the reasons would be vastly different (and something along the lines of "I like animals..."). That's the trouble with labels; they restrict us to a 2D plane when we in fact need a 3D, textured landscape.