From Grit and Grime to Glitz and Glam...

Traveling from Ghana to Croatia after a couple of months is a bit of a culture shock. From bumpy rides on dusty, rubbish-lined roads and to harbours filled with yachts of the rich and famous. The extravagant waterfronts, lavish night life, and tourist-centred activities were neither what I expected nor sought after my summer in rural communities. The contrast was stark, though not quite to the extent that my title suggests. And while the views of the Adriatic were spectacular, I could not suppress a desire to be back on a farm. 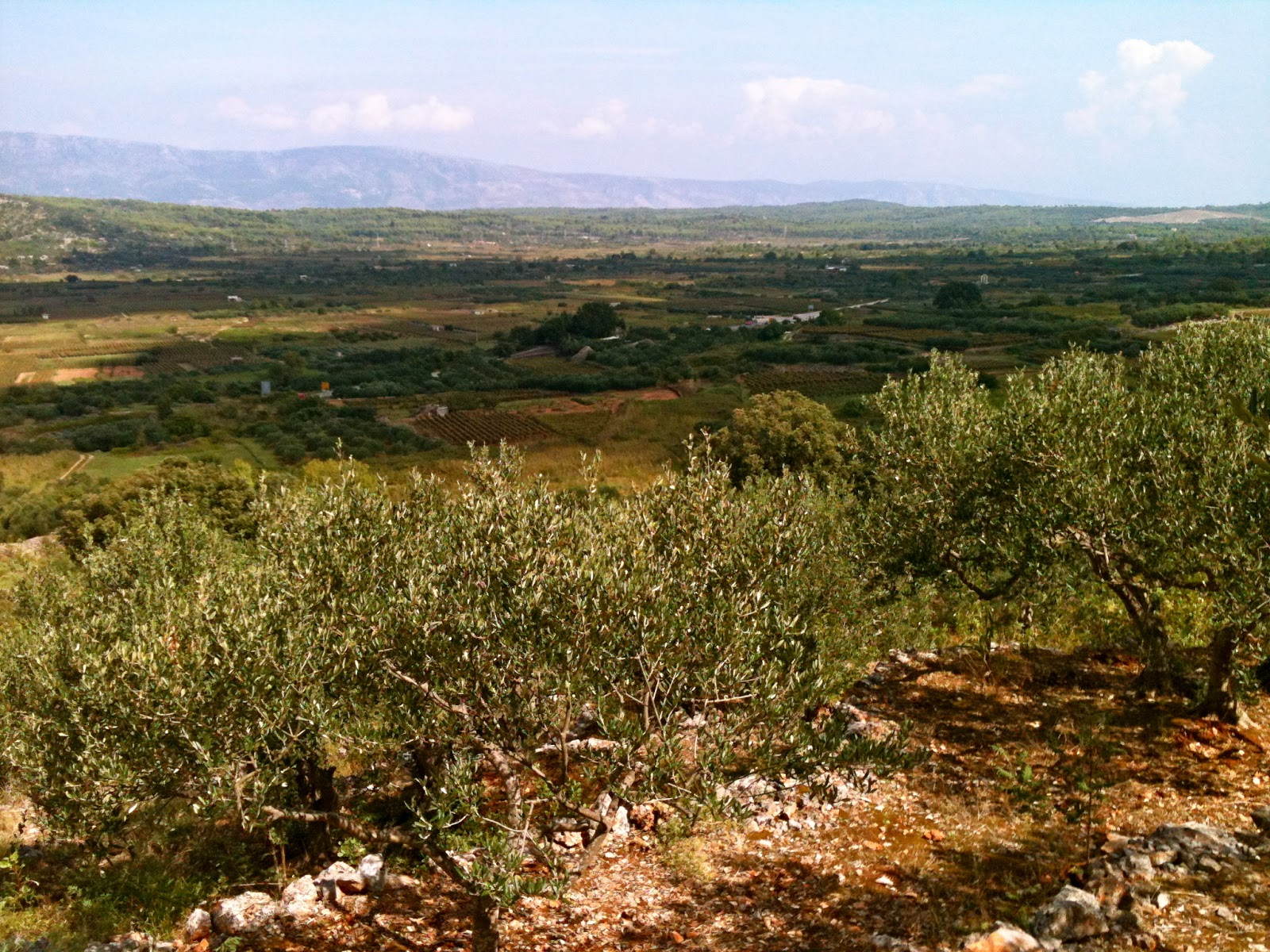 The good news is that Croatia actually has a quite strong agricultural and culinary culture, steeped in history and tradition. While the coastal economy relies more heavily on tourism, you don't have to venture far beyond the downtown area of a city before olive groves and vineyards start cropping up. The landscape reflects its Mediterranean climate, with figs and herbs growing well in the semi-arid, sea-side region. Traditional Croatian communities, essentially through much of the 19th century, centred around land on which multiple generations of extended family lived and worked. Even these days, the majority (some figures as high as 98%) are family farms.

One of the well-documented and seemingly (based on poor signage and overgrown paths) little  frequented wonders of Hvar island is the ancient character of the land. The Starigrad Plain, a UNESCO World Heritage Site, has remained in cultivation since Greek colonization in the 4th century BCE. While the fact that grapes and olives have grown in the fertile plain for over two millennia is pretty incredible, the draw is the ancient land parcel system still evident today. Stone walls in various states of disrepair delineate the geometrical distribution of land common in the Mediterranean. Despite various threats from consolidation, mechanisation, and economic change in recent history, the landscape still maintains much of its historic character.

What's astounding to me is the contrast with other agricultural systems. Starigrad Plain represents an agricultural approach that has proven to be sustainable in the long-term. While I am unsure what type of chemicals and fertilizers now are used, the same crops have grown continuously on the same land for 24 centuries! I cannot even fathom the conventional industrial agriculture in the United States, for example, sustaining such a long period of trials and tribulations.

The other thing it demonstrates is the stability of the region. Thinking about my recent discussions with farmers in Ghana, it is clear that what is possible in somewhere like Croatia, Italy, Greece, or other Mediterranean countries would not work in much of the world. Variability of rainfall, temperature, wind, etc. makes it essential to be flexible and constantly adapt. If you held firmly to planting the same crop in the same place year after year, at some point the crop would fail, and repeatedly. We are celebrating an agricultural heritage site because evidence of its longevity it's still visible. I suppose this is a constraint we face, where we believe and value what we see. One can hope that we also find ways to appreciate long-standing agricultural traditions that may not have such a public face.