Friday Coffee Break: Not All About the Genes 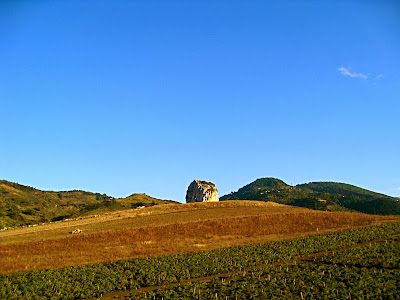 I don't know how much you all follow the news (without the Daily Show here, I am woefully uninformed), but there was quite a bit of hype over one of the results from the recent US elections. No, this was not the news that Chris Christie is still governor of New Jersey. And no, it wasn't that the Illinois State senate passed a bill legalizing same-sex marriage. Or even that Colorado voted to tax recreational marijuana use to fund public services (public schools still drug-free zones?).

So, remember when California voted down the labeling of Genetically Modified Organisms (GMOs) back in 2012? It was a huge deal, because everyone thought "if California can't do it, then we should just give up and throw in the towel". Having just legalized marijuana, and sitting on a pretty high progressive pedestal, Washington State goes and puts its own labeling measure on the 2013 ballot (well, after collecting lots of signatures, etc). But when push-came-to-shove, Washington folded, and voters rejected the move by narrow margin. Similar to the plotline in California, where the seemingly well-supported measure failed, our household agribusiness and food industry names spent a solid US$22 million on marketing campaigns against.

Now, I don't opposed labeling GMOs. In fact, I think consumers require vastly more information about the food we buy - source location, production practices, etc. But, and this may sound a bit sacreligous, labels and consumer education need to go hand-in-hand. And while such a label may not have impacted the bottom line of the Cargills or Monsantos of the world, just slapping a label on food without explanation may result in the desired behaviour change, but there is also no guarantee that people will have any better understanding of the 'why' (excellent article on the pros/cons of labeling via Grist).

Finally, an article in The Guardian a couple of days ago caught my attention. Why? Well, the author argues that GMOs should not be the target of all the efforts for change, but rather the system itself. Who was lobbying against the recent legislation? The large food conglomerates, like Nestle, and the agribiz chemical and seed companies. I don't have a problem with GMOs per-se; they are a product of the currently broken, industrial food system dominating today. For example, rather than focusing on developing crop varieties that withstand long periods of drought or saltwater incursions (both increasingly frequent with climate change), most of the genetically-modified crops grown today allow corn or potatoes to withstand herbicide sprays (e.g. round-up) or produce a bacterial toxin that kills insect pests (B. thuringiensis, great idea, but recent evidence of "super bugs"). And as I've said before, one of the most fundamental arguments against GM technology is simply that the seeds (and associated intellectual property rights) undermine a farmer's very ability to save promising seeds and adapt to change.

Which brings me back to the issue at hand: our food system is broken. And since I've already preached long enough for one school night (not sure how Choosing Raw manages!), we will leave that challenge for another day.
Posted by Rachel at 6:00 AM