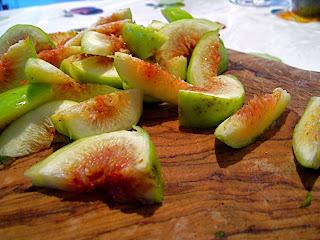 For the past three years, I have inhabited the District of Columbia, our nation’s capital. However, the past four weeks have seen my life thrown up in the air, with the pieces landing all in a mess; some semblance of order has begun to take shape over the past few days. I’ve taken a leap across the Atlantic, briefly popping into Iceland, embracing a mindful week of yoga in Sicily, and finally starting as a master’s student in geography in the UK next week. What this means is that changes are afoot.

Considering all of this, and a probable paucity of blog-writing time, My Munchable Musings will also experience some scaling back. I’m going to attempt to post a couple of shorter items and one longer thought piece weekly and see how it all goes. With new surroundings, there should be no shortage of material! In the meantime, let’s play a bit of catch-up. 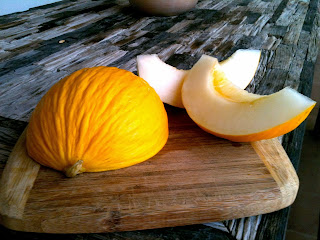 Sicilia. Yes, back again. This time, though, the island managed to outdo itself in seasonal produce. Fruit was in abundance. I was pleased to see that the peaches and plums I had only just abandoned in the US were still plentiful at Sicilian markets. Figs were on their way out, but I was able to get in my fill of nature’s candy. And then there was the melone giallo. We likely would not have given it a shot, a second thought, had the previous visitors not left one in our house. It was juicy, sweet, and absolutely delicious. What’s more, they were grown and sold everywhere!

In fact, these melons (Paceco Cartucciaru) are so plentiful, they are literally left to rot in the fields. They are also exported around Europe (still in markets here in the UK!), and they can hold up two months, just getting sweeter and more flavorful, like a good aged wine (?!). I'm leaving you with a recipe, albeit not one related to melons. 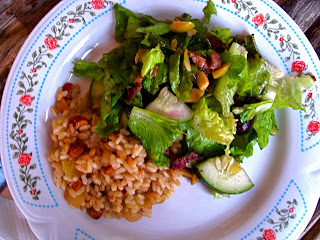 1.     Heat oil in a skillet over medium-high heat. Add onions and cook about five minutes until translucent, adding garlic after 3 minutes or so.
2.     Pour in water, salt lightly, and bring to a boil. Pour in barley and cook covered for about 20 minutes until tender and water has all been absorbed. Add additional liquid if the barley isn’t done and the water is gone.
3.     Cook another five minutes with the figs and almonds. Serve warm with a delightful citrusy salad.

Back to it – Wellness Weekends and Slightly Indulgent Tuesdays!
Posted by Rachel at 12:00 PM