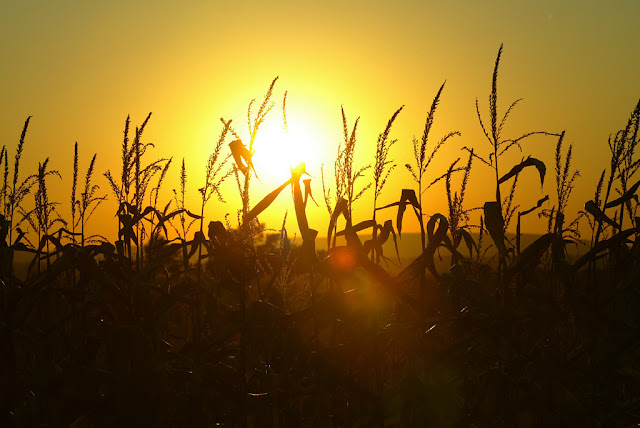 I want to begin by apologizing for posting something heavy on my first day back after a few-week hiatus...this article was too compelling and pushed too many of my buttons not to express. But don't worry, there is fodder for many posts to come, and food for the rest of the week! On first glance, this New York Times article follows a general trend depicted in the paper over the past few years of lamenting the unpredictability of rains for Midwest farmers.Yet it also threw up some red flags that merited some attention.
1) Corn and soy. The article, I'd say, rightly focuses on corn and soy farmers who are most vocal about the impacts of drought and then heavy rains. The solutions mentioned, of course, don't hint at all at the need to reconsider basing so much of our agriculture on so few cereal crops. Corn, soy, and to some extent wheat, especially with the current varieties bred for very specific weather and input (e.g. fertilizer and chemical) contexts, are not the most resilient or adaptable of crops. Rather the article points to the current debate in congress over the farm bill and crop insurance. Should we really be footing the bill for farmers, who are likely already subsidized for the crops they plant, and who have chosen to continue with this bygone model of agriculture unfit for a new normal in climate? Crop insurance is lumped with "other support programs that will help them get through disasters like floods and drought," and yet to me these weather patterns are a fluctuation that farmers will just have to deal with from here on out. Perhaps instead we should be offering support to transition more sustainable in the long-term!


2) This brings me to my next point of contention, food prices. There is speculation (and not really judgement) about whether the weather variability could drive up food prices this year. This would be primarily for animal feed and therefore meat prices. Considering our excessive meat consumption in this country, would this really be a bad thing? At the same time, unlike the drought of last year, the rains have in fact aided to restoration of cattle pastures. So impacts for prices are still yet unclear. There are also implications for the international market, because the US is such a major exporter of grain. However, now could be the moment for systemic change instead of placing another band-aid over a broken food economy!

Ok, that is enough musings for one jet-lagged morning. Thoughts are welcome, as is debate and disagreement.
Posted by Rachel at 6:38 AM