Embarking on my third day of the Live Below the Line Challenge, I have to admit to slightly dreading the next three days of lentils and barley. The monotony of eating the same (bland) thing, in large quantities, every day, has gotten old fast and taken its toll on my poor stomach. Not that it is not filling; just not satisfying. But I was optimizing for calories and protein, not for taste, variety, or micronutrients. And while my diet this week could be a lot worse - primarily pasta and other refined carbs - it is also missing some key elements necessary for a healthy body. 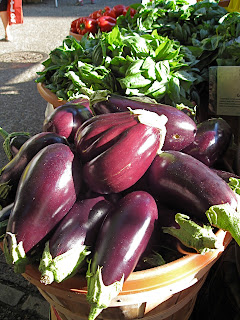 However, this choice between quantity and quality of calories is a common dilemma faced by those on a limited budget. The UN FAO estimates that urban households in Africa and Asia spend up to 50% of their food budgets on cheap "convenience" foods. If you can imagine the convenience foods in the U.S., it is not a huge leap to comprehend the nutritional deficiencies of such a diet in developing countries, as well. One proposed approach is urban and peri-urban horticulture, establishing school gardens, and utilizing vacant space. Some organizations like Bioversity International are promoting a diversity of agricultural crops to improve nutrition.

Here in DC, there are also community gardens scattered throughout the city. One, Common Good City Farm, seeks to increase the food security and nutrition of the surrounding low-income community. Those making less than living wage in the city are eligible for work-for-produce arrangements or reduced-cost community supported agriculture packages. The farm grows a wide range of fruits and vegetables, from peaches and figs to kale and okra. Particularly for urban residents who may not be able to afford the high cost of fresh produce in town, this can add some much needed diversity and color to an otherwise highly processed diet.

So, what have I learned so far, what would I do next time? Under the same circumstances, living in a city where food (as well as everything else) is notoriously expensive? Hands down, I would sacrifice quantity for quality. Give me some spinach, even frozen, and a can of tomato paste, and I would be ten times happier.
Posted by Rachel at 6:00 AM

Email ThisBlogThis!Share to TwitterShare to FacebookShare to Pinterest
Labels: agriculture, Live Below the Line, nutrition