My Munchable Soapbox: Four Corners of the Field 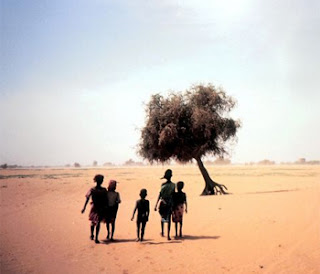 We are nearing the end of the Jewish harvest holiday of Passover. Last year, I wrote about my frustration with some of the archaic dietary laws followed during the holiday, and how the "letter of the law" rather than the spirit of the holiday dominate. But the holiday of Passover is so much more than eating matzah - it is a holiday about freedom from tyranny and oppression, a time to be thankful for bountiful harvests and to share with those in need.

We begin the holiday by holding a "seder" - a ritual in which we recount the story of the Hebrew people in Egypt, talk about symbolism, and ask four questions. Mazon, a Jewish organization that works to combat hunger, proposes a fifth question that queries why on this night are there still millions hungry? While this is a modern-day dilemma, it also pervades history.

I like to think about how, historically, everything really did revolve around the production and consumption of food. Passover is the first in the season of the three Jewish "harvest" festivals (and three of the most important holidays on the Jewish calendar). It coincides with what would have been the spring barley harvest, and precedes the wheat harvest, first fruits, and the holiday Shavuot by fifty days. The season ends in the fall with Sukkot. One of the biblical laws governing these holidays requires the farmer to leave the four corners of the field as well as any fallen fruit. The gleanings are left for the benefit of the "poor and the stranger."

Like approximately one billion subsistence farmers today, the lives of Israelites of ancient times revolved around the growing, tending, and reaping of crops. A bad harvest - from drought, heavy rains, pestilence, etc. - meant the difference between life and death. As we have seen in the past year in the Horn of Africa, drought, poor harvest, and political turmoil have led to famine and the deaths of over 13 million people. Consider saving the four corners of your "field" and donating time or money to an organization striving to end hunger and poverty (and perhaps doing so while supporting environmental protection). 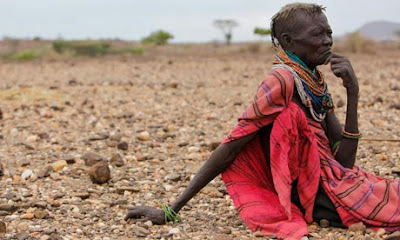 Find out about the Live Below the Line challenge, in which I am participating to help raise awareness about this issue! Also, take a look at gleaning efforts by DC area farmers markets; I am sure others are doing it, so check in with your local market.

Next week's soapbox: Poverty, Hunger, and the Environment - Making the Connection.

Email ThisBlogThis!Share to TwitterShare to FacebookShare to Pinterest
Labels: Holiday, hunger, Live Below the Line